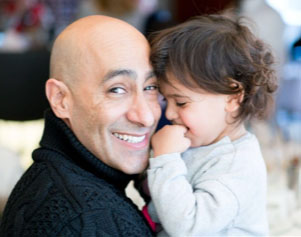 Born in New York City, Craig’s education was taken to Colorado, where he received his BA and MA. He pursued a career as a public school teacher at the secondary level, teaching social studies and coaching three sports. Teaching and coaching has always been a passion and his dream fulfilled.

Immediately after his teaching career, Craig obtained a real estate licence to pursue a career in real estate sales and marketing. The process from there evolved into BCN as we know it currently. Today he continues to mentor youth in the community and guest lectures at local universities and various organizations such as YJP (Young Jewish Professionals – of NYC). Craig is an avid health enthusiast, runner/marathoner and lives in Manhattan with his lovely wife Sharon and three beautiful children.

About Craig Nassi
When launched in 1994, that vision was seen as revolutionary, risky and cutting edge. Not withstanding these huge risks, by 2000 BCN Development was rewarded when Mr. Nassi was voted by his peers as the Ernst & Young Developer of the Year for the State of Colorado. The accolade acknowledged BCN Development’s creation of millions of square feet of distinctive and complex mixed use buildings in a downtown Denver neighborhood that Mr. Nassi essentially created. Since then the BCN Development team has built an outstanding portfolio of unique and exceptional developments nationwide.

it's time to discover

Motivation can take you far, but it can take you even further if you first find your vision. Your vision will motivate and guide you on